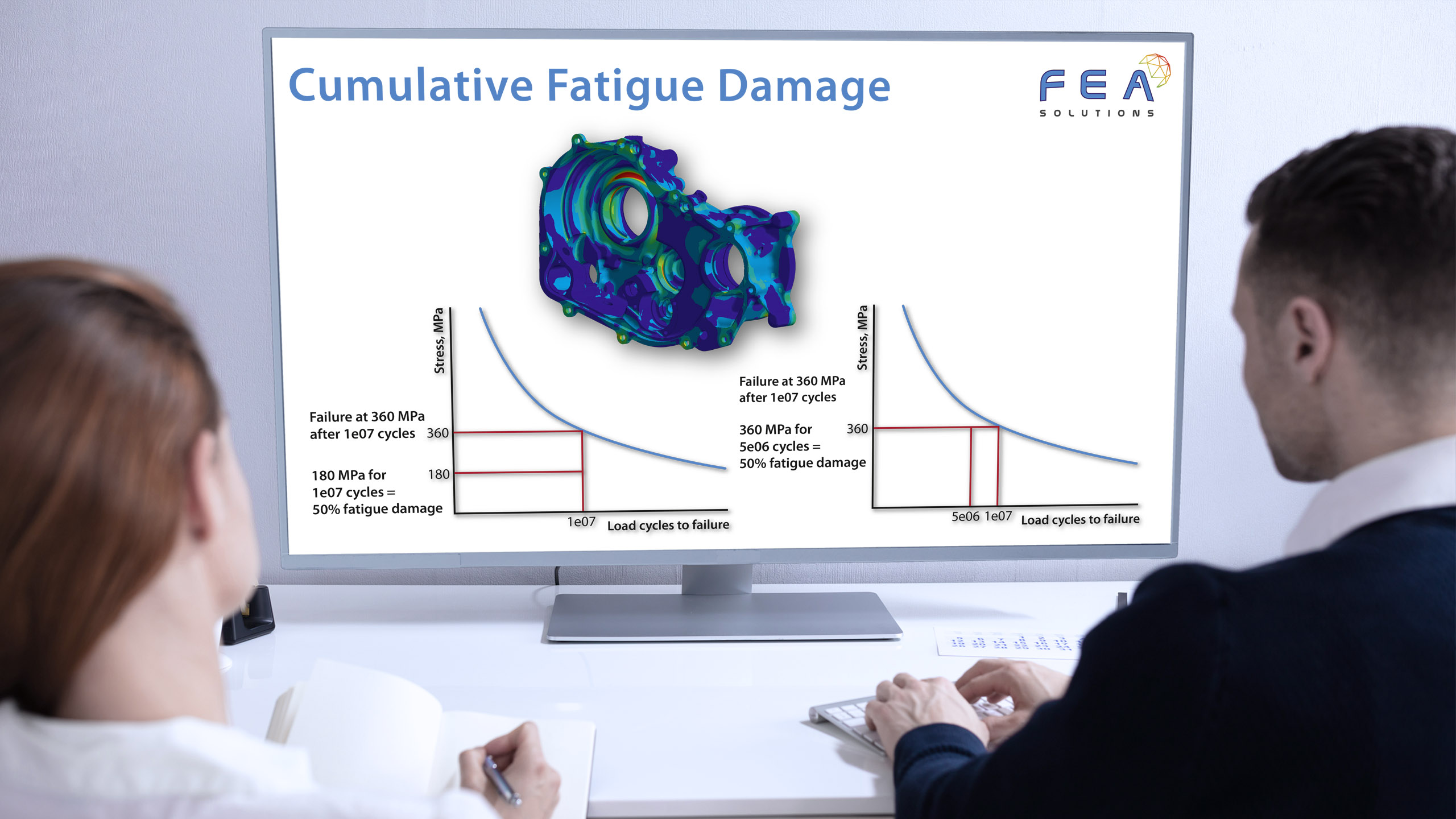 A fatigue analysis (https://www.fea-solutions.co.uk/fatigue-analysis/) is straight forward if the structure is subjected to just one load case, which can consist of several loads, but with the loading and unloading acting simultaneous for all of them.

It gets even more complex if there are different load cases, acting independently, e.g. a force in x direction, a moment along the y axis and an internal pressure. The peak stress location due to the force is different to those due to moment or pressure, but moment and pressure nevertheless generate certain stresses at the peak stress location of the force load case.

In these cases, the simplistic Endurance Limit Analysis (https://www.fea-solutions.co.uk/endurance-limit-analysis/) is no longer appropriate. Instead, the portion of the total life that has been used, the so-called damage, caused by each of the load cases and/or amplitudes, has to be calculated for any location of the component and subsequently summed up for all load cases and/or amplitudes. This is known as a cumulative fatigue analysis.

Using Miner’s Rule, the order in which individual stress/load cycles are applied is not taken into account and hence doesn’t affect the results. In reality, however, changing the sequence of the loading could have an effect, in particular if plasticity is present (https://www.fea-solutions.co.uk/elasticity-and-plasticity/). If a high load causing plasticity is applied for a number of cycles before a lower load is applied, the fatigue life of the component will be shorter than if the low load is applied before the high load. This is because the plastic strain from the high load would still be present in the component when the low load cycles are applied.