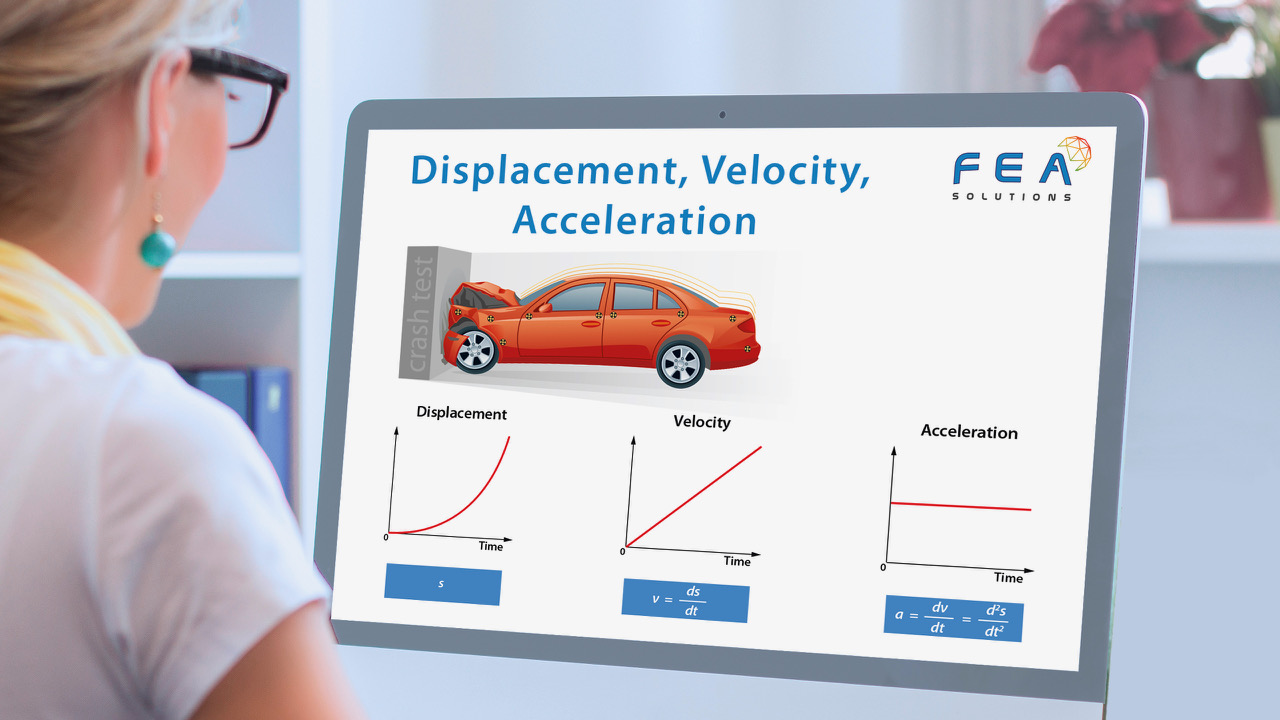 In Kinematics, which is the study of motion, there are three key characteristics of any system which describe how this system moves. These are Displacement, Velocity and Acceleration, and they are all vector quantities related to one another.

The displacement of an object is how far the object is from a given reference point, which in FEA is often the origin of the model’s coordinate system. The inclusion of a reference point is vital as without it, the measurement would simply be describing a distance. The unit of a displacement is length, typically metre (m) or millimetre (mm).