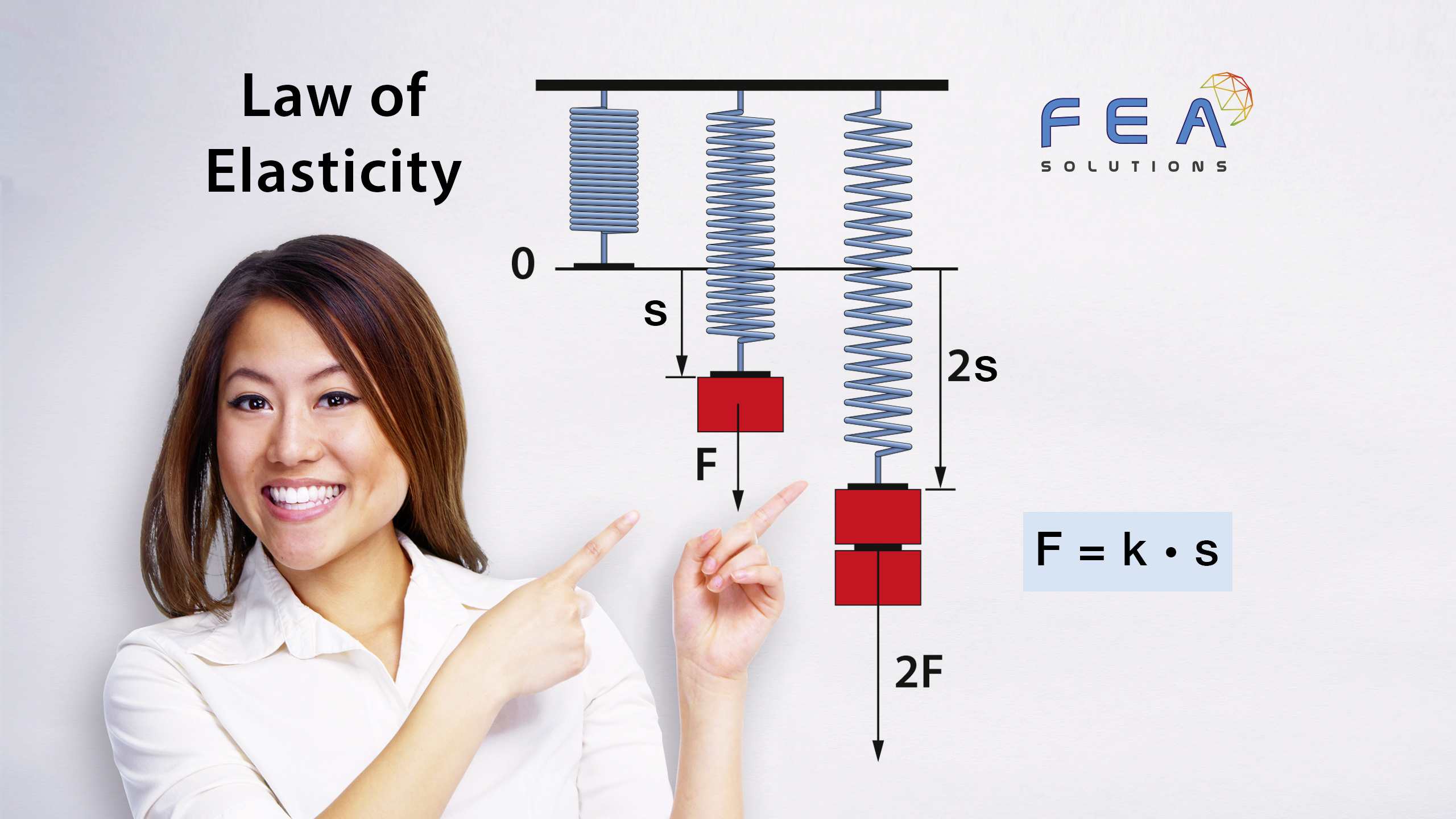 The Law of Elasticity, or Hooke’s Law, is a brilliantly simple form to express the elastic deformation of a body. In our times, this Law of Physics is practically known by most people, but it was revolutionary when first stated in 1660 by the British physicist Robert Hooke.

The law was initially published as a sentence, rather than an equation, and read, translated from the original Latin, as “as the extension, so the force”, meaning that the extension of a body is proportional to the force applied.

Proportional means that e.g. doubling the force will result in twice the deformation. This is true as long as the body behaves linear-elastic, see also (https://www.fea-solutions.co.uk/elasticity-and-plasticity/).

As most parts behave linear-elastic in the normal range of use, Hooke’s Law describes basic effect that we experience many times in our everyday life.

The law has later been expressed as the equation F = k * s, whereas

As Hooke’s Law is in particular valid for springs within their elastic limit, k is often referred to as Spring Constant.

Please call us today on 01202 798991 to get a free initial consultation on how engineering analysis can help to improve your product.